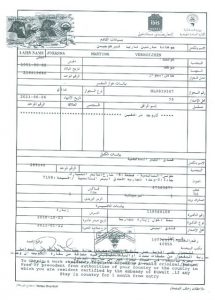 The visas for Kuwait have reached our email box. It appears that we are welcome in this country.

For the visa’s for Iraqi, we are still waiting. According to Ahmed that also will hopefully be solved before this Friday.  Perhaps I told this before that there is no possibility to get the visa direct to the embassy in The Hague. Only in Jordan, Syria and Turkey they will give them out directly to us.  So they will come either way, by email to The Hague or they will have them for us at the border with Kuwait and Iraq. Alexander The Great had no problems with visas on his way. Around 330BC he attack, defeated and became the hero of Babylon. Here is a map of his conquest of his rout in at that time in Persia.