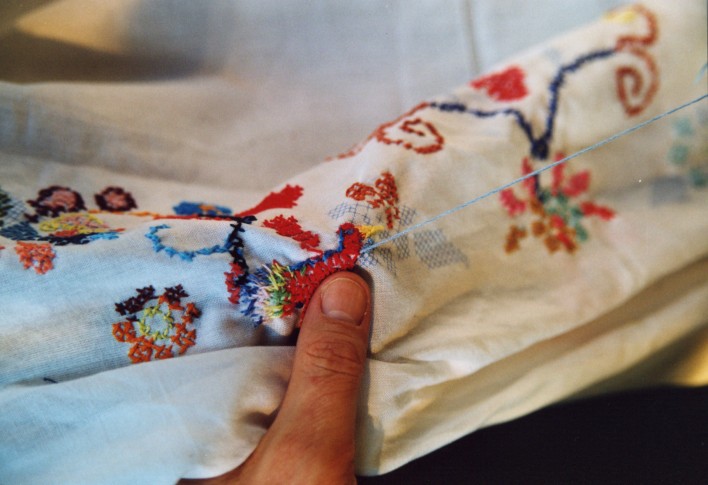 Four men dressed in dark suit and tie, sitting in a circle, are concentrating on their needle work. The white table cloth they are adorning is draped over their knees in such a way that the men seem to sit around a table. Filling in the preprinted design, they slowly work their way towards the centre of the cloth. The work was performed in several places including the window of department store De Bijenkorf in Amsterdam.

In a separate video the demented 85-year-old Mrs. Rijpsma vividly recalls how she used to give embroidery lessons for two cents an afternoon. This work turns a fading technique and a fading memory into a powerful testimony of history’s accessibility and topicality. 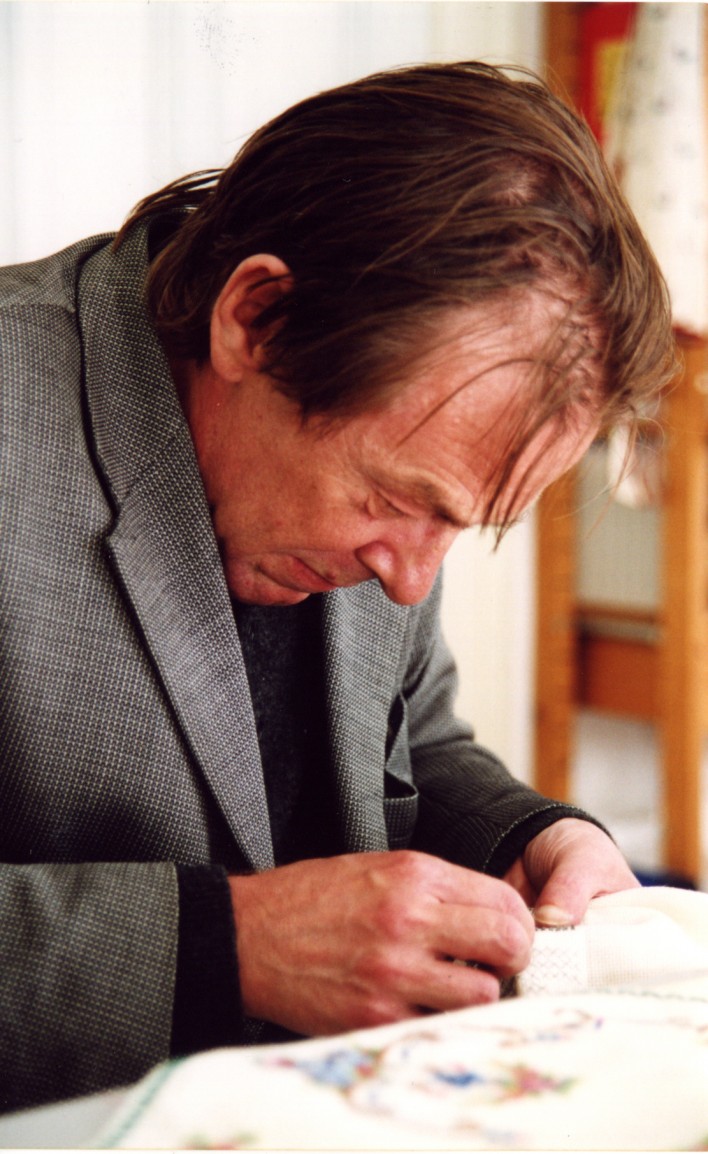 Albert Wulfers, one of the participants embroiding his name 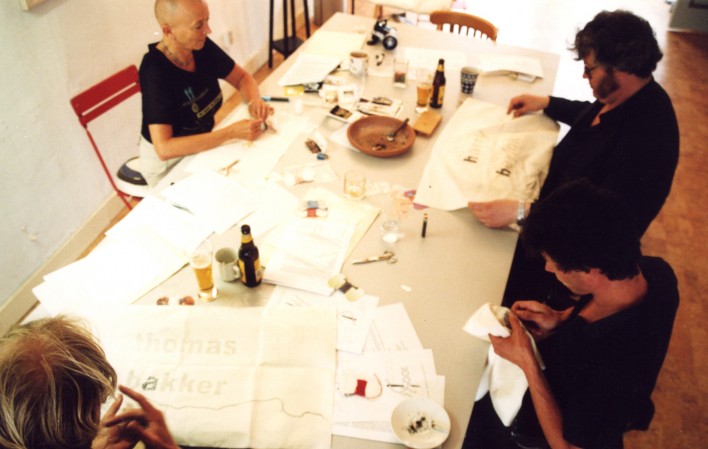 Embroidery lessons given by Anne in her atelier – Harry Heyink a.o. 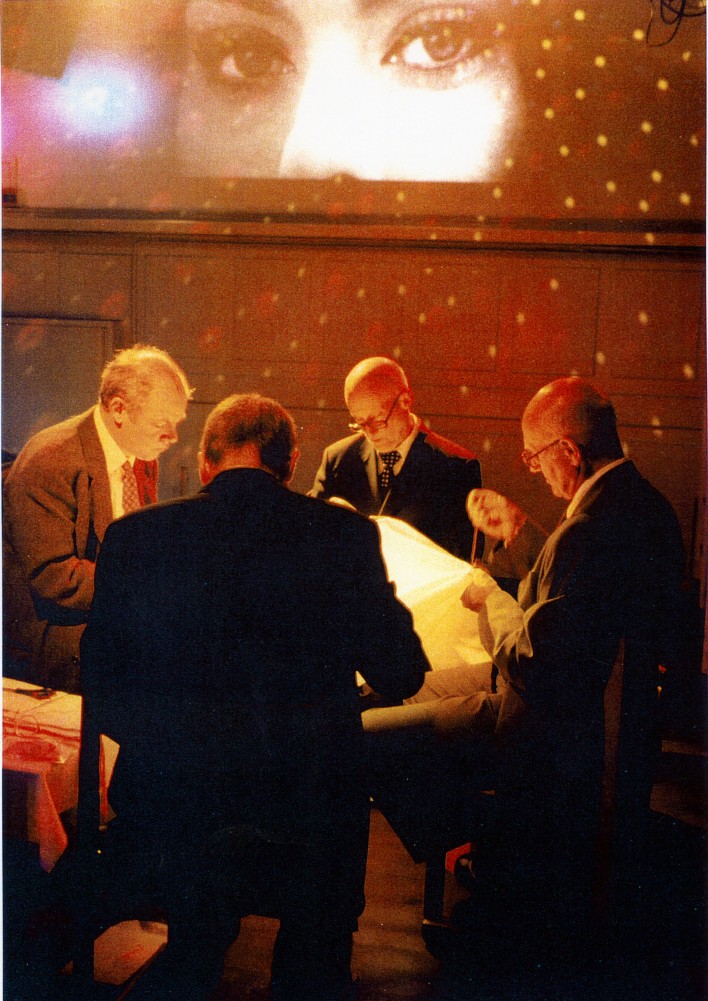 Part of the performence: 24 men and 1 woman embroiding table cloths at the Winston Hotel 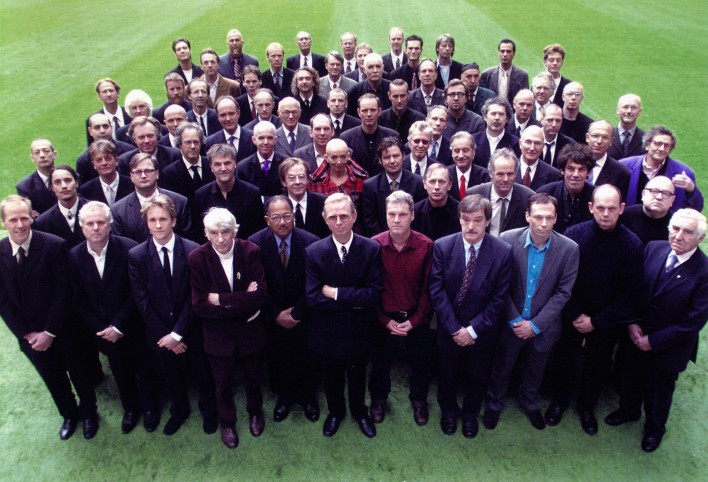 In November 2001 Anne gathered all the participants at the Arena stadion to make a group portrait with their names embroided on their ‘broddellap’ – a Dutch term for a piece of fabric to practice your skills on. 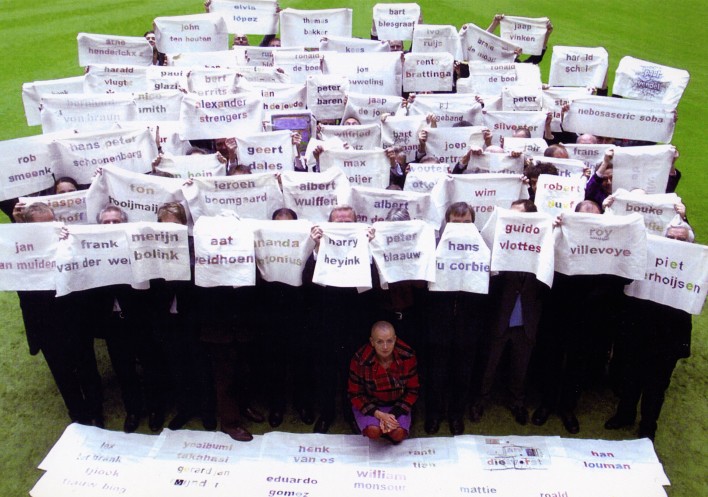 Splitzij four men and a tablecloth. from anne verhoijsen on Vimeo.