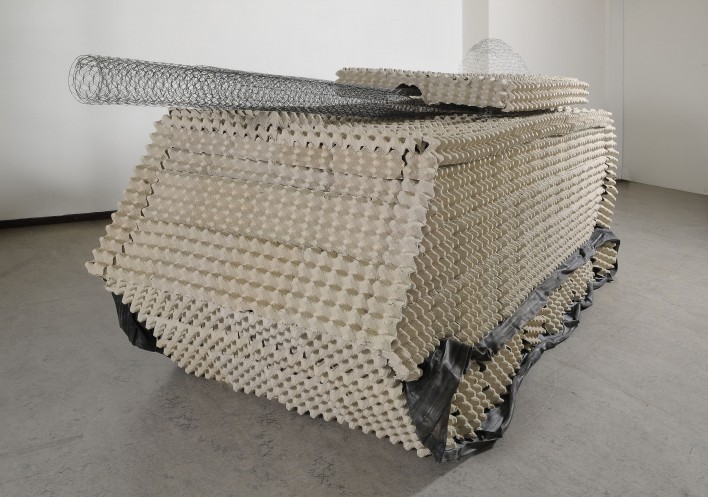 The title “Het Stuk” (The Piece) refers to the name the soldiers give to the Panzerhouwitzer. The biggest canon in Afghanistan.

Anne Verhoijsen: “A tank is an indestructible steel stallion and its aspect radiates power. As a child my father used to take me over and over again to the war museum in Overloon and again and again I had to admire that tank. In addition, at that time I thought war must be exciting and would provide a distraction in my life. So a certain fascination with the tank has lingered. With this piece of work I play with its apparent forceful radiation.

Het Stuk is a tank built of egg boxes. When the visitor puts his ear to the skin of the colossus, he/she will hear a song from the past and a voice telling tales from the past, spoken for the first time in the NOW. The story brings to life what the tank has been through. Like an egg box, this steel monster protects the life it contains. Still, a tank is not as powerful as it appears at first sight. With the correct opposition the thing is even as vulnerable as is the shell of an egg. One rocket and nothing will be left of it.

In the “stuk” the veteran Wil Janssen tells his history. He served with the Marines from his 16th till his 19th year of age. Then he left the Marines for personal reasons, but for the rest of his life he kept yearning back to “Our boys”. 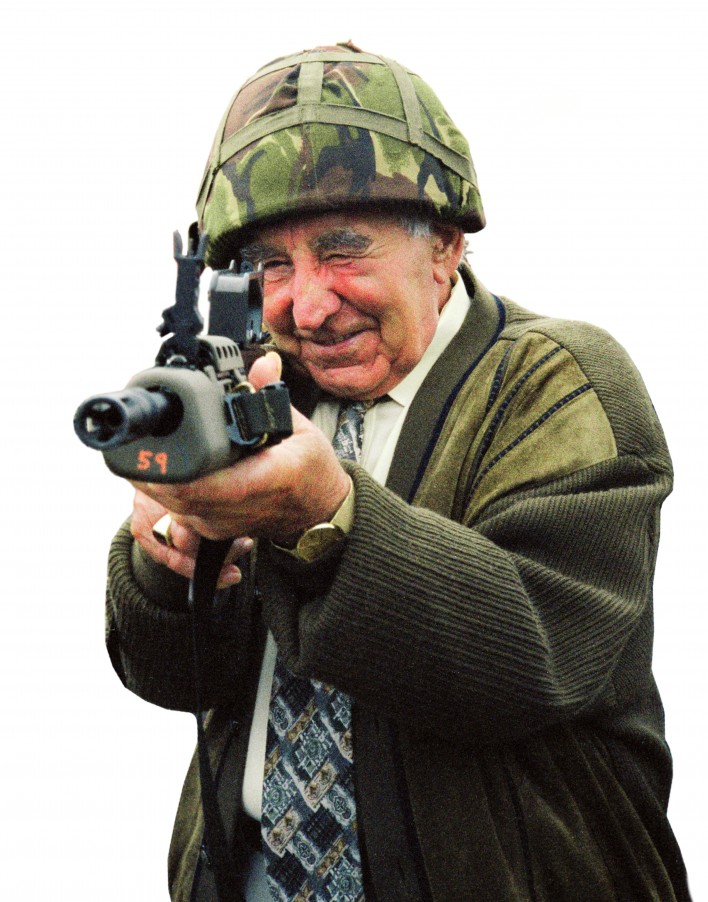 “My father never joined our boys but the yearning remained great. I made this photo during the fleet days in den Helder. My father is quite happy with it, clearly finally a bit military!”
Privacy Settings
We use cookies to enhance your experience while using our website. If you are using our Services via a browser you can restrict, block or remove cookies through your web browser settings. We also use content and scripts from third parties that may use tracking technologies. You can selectively provide your consent below to allow such third party embeds. For complete information about the cookies we use, data we collect and how we process them, please check our Privacy Policy
Youtube
Consent to display content from Youtube
Vimeo
Consent to display content from Vimeo
Google Maps
Consent to display content from Google
Save