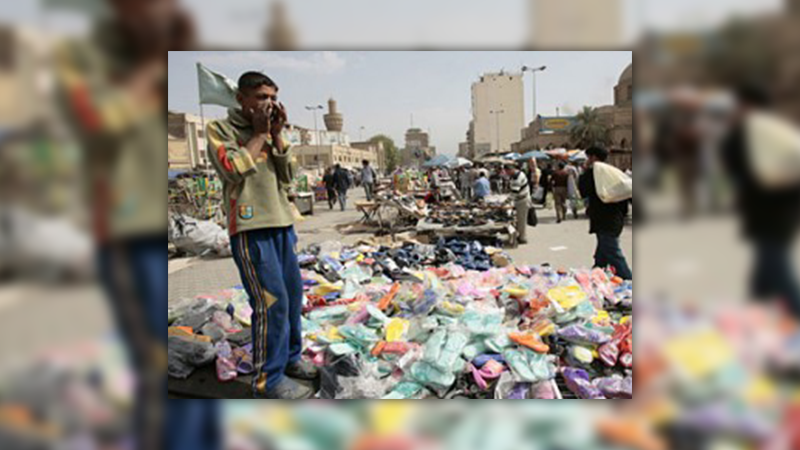 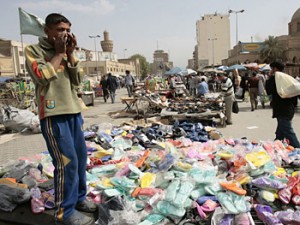 Three days ago I spoke with Sattar in Baghdad through the phone. The connection was very bad and I asked him if it was possible to send me an email. So fortunately to day when i wake up it was there. He wrote it already very early in the morning. He told me once that the electricity now is on a very low level because of the heat. So in the morning the most air-conditions are still off.. so the computer can do his job! So this is what he wrote:

On the 8 of June I filmed Akathemia city (a holy place Mosque) Akathemia market, Alzawraa (zoo) and the fair. The Tigris and a fish restaurant near the Tigris.I filmed a funeral also in neighbourhood of the mosque. On the seven of June I went to the academia of fine arts and the film school. Students where just working on their exams at the fine art department. Afterwards I went to the audio department. The next day in the hospital unfortunately I was not allowed to film. They did not wanted it any more so I put the camera in my bag and went away. The day after I filmed a hairdresser, a wedding party and the Shala Market and The Om Kolthoum Café. I also was on the famous Alzareed Street. There was a flourishing book market before the war. At five o’clock in the morning I filmed the people sleeping on the roof. At six I saw a pigeon fancier. So till now I made 9 movies.

I am very happy and I am very eager to go and work with the material. Next Saturday he will be home again. I am very grateful to the work he is doing. He himself has very mixed feelings about being there and last Friday The moderate leader of the largest Sunni bloc in parliament has been killed. He was mentioned in the paper here as a bridge builder between the several parties. And i am afraid this will not stop in the coming month…I wonder who has invented WAR. I know the question sound stupid but still I think it is valid.