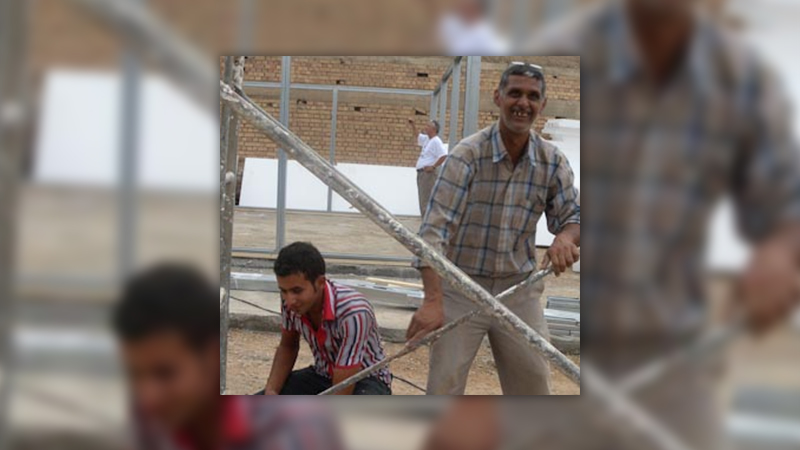 Yesterday we came on the working place at around 10 o’clock. The frame of the Veerman house was already there. The Veerman house was built in the middle of houses build with bricks. I like the colour of those bricks. It is from light yellow to light brown. In the city of Al Amara a lot of new houses are built but the infrastructure is very poor I only saw sand roads. I spoke with the owner of a beautiful house just aside the Veerman house. His house was built in 1980 and he would really like to have a Veerman house. For this house he could have three of these houses. For every son there could be one house. I was allowed to see his house. First I was alone and then the women showed me full of proud her house. Big rooms nice and cool and a palm three was hanging like an umbrella above the patio. I wonder if she would like to change? This is a very poor region so perhaps by way of building more people can afford a house. Mr. Marsoomi was very happy and he sees a lot of possibilities for the people here.