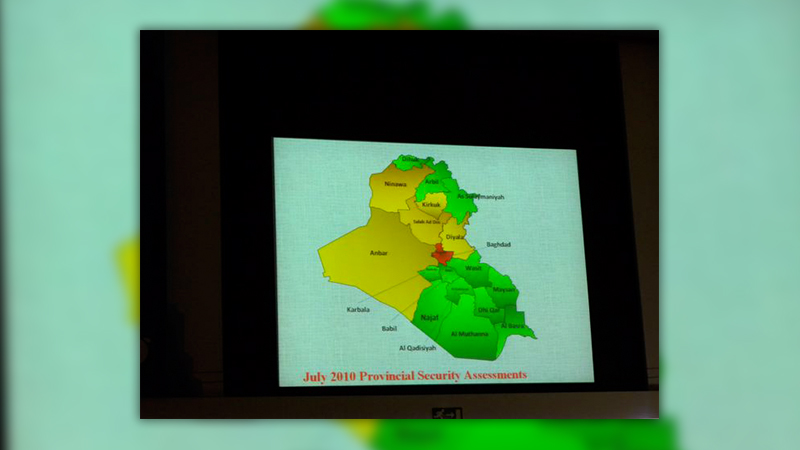 To day I was on the Meet and Greet with the new ambassador from Iraqi Z.E. Dr. Saad A.M. Ibrahimin Al  Ali in the Netherlands Council for Trade Promotion in The Hague. I was quiet late and before me I saw a sea of black suits. And before them a powerful men who was explaining the history of Iraq.

His words: the problem in Iraq is not the safety but the lack of investments, the lack of work for the people. So he encouraged Dutch investors to go to Iraq and do business. There are a lot of opportunities like water, oil, infrastructure, health care and education.

Iraq is a country with a lot of money and it needs people to work with the money. At this moment there are already a lot of Chinese and Turkish businesses in Iraq no Dutch company. Where are they? We have a strong history over there. If you say I am Dutch you have one advantage over there in the minds of the people is going to burn a light of Philips. Philips was the first big brand. So the first TV and vacuum cleaners, lights and fridges came from Philips and this has settled in the collective memory of the Iraqi people. So as a Dutch businessman you don’t have to prove your self in that way.  Products from Holland are strong and good. Ahmed Faraj who is the initiator and developer of the housing project in the marshes told about my project and then I got a big applause for going to Iraq- Brave woman-. Not a camera for the war but for the other side of Iraqi.

This afternoon I met a lot of nice people so I think I will see some of them back on the lecture in Arcam on the first of October. Here below you see to images, which pictures the different kind of danger and safety arias in Iraqi in the month of June and July. And as the ambassador spoke: In Augustus there was no red in the whole images. Yesterday I received an email from Linda Rose Smit she lives on the Dutch compound in Basra and she invited me to have lunch with her in November because she was not able to leave her place now because of the danger for kidnapping. Hopefully in November we can meet each other in the middle. 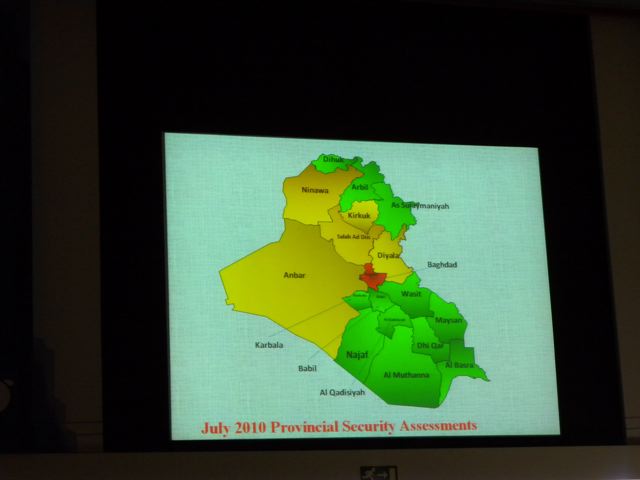