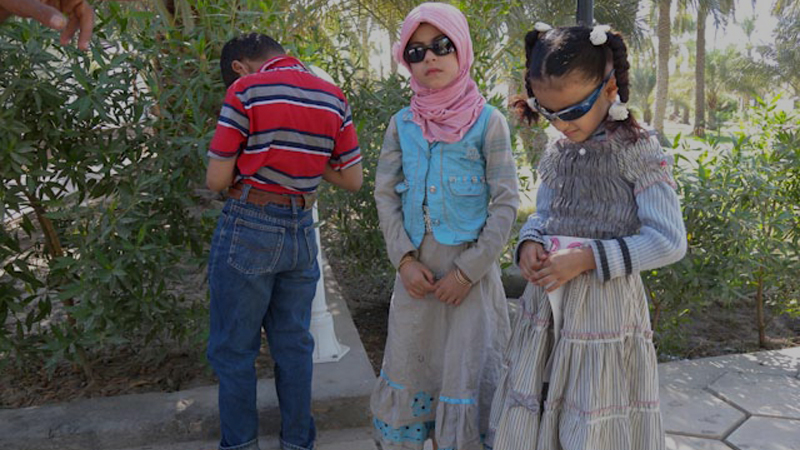 This afternoon a worker from the resort came to us quite desperately and gesturing that it was about children who might become blind. He was followed by a man with three small children. It became clear that they were his son and two daughters. The girls were wearing sun glasses, one of then looked constantly down, and the boy was in a squatted position with his head as down to the ground as possible. To make a long story short. In the medical papers the father gave us, it was stated that they all needed a corneal transplant which was not possible in Iraq. Couldn’t we, with our media-team arrange for some kind of help in the Netherlands? After a lot of talking the story is now as follows. The imam is willing to pay for the operation but he will not advance the money. So if we could pay for it and the operation performed then they would get the money from the imam. This became clear after about two hours. In the meantime we made clear that we had no access to the media and that in Europe the streets were not paved with gold. When the father offered his daughter to me I couldn’t take it any more and left the discussion. Finally Sam and Thomas mentioned the Imam story. It seems that the most important information is hold till the end. I don’t know if we have the energy to figure this all out. After all we have to visit the first Mudhif.

In a moment we are going to make a boat ride on the Tigris river. A boat without engine but with paddles. If we are lucky we will just catch the sunset.

But, no; no sunset in a romantic boat. This is already the third day that the promised boat is cancelled for one reason or the other. Then a few pictures of our site The Garden of Eden and the city Al-Ahmara. 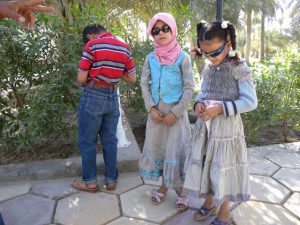