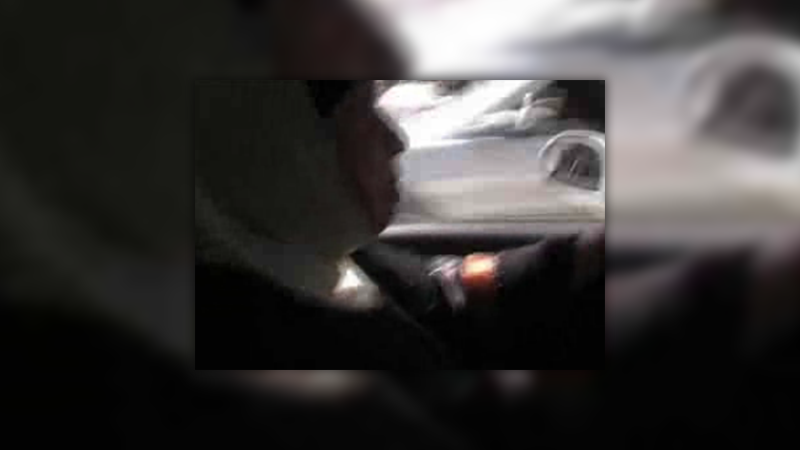 Meanwhile I’ve looked at the material that was shot earlier with astonishment and I realized how much I’ve gotten used to the images from the television. Sometimes I expect to see something violent and then it appears to be a friendly soldier who has his picture taken with the whole film crew!  I’ve made a selection of many short films. Below you’ll see a picture of  Sattar while he’s over there and the way he  looks at the situation in Iraq.

These will be the first to go online.  The film paints a picture of  the situation in Iraq of this moment (Baghdad). Media all over the world paint a picture of Iraq as a country which is always in war. That way people only get to see the negative sides of Baghdad. Through this film I would like to give a truer image of Baghdad of the moment.   So it’s not only about the war… Baghdad is an dynamic city where so much takes place; it has a rich, ancient culture that we should not forget about! Despite everything that happens in Iraq, the country is slowly moving in the right direction. Maybe people will gradually start noticing this, as the impact of everything that recently happened in Iraq and the lives of many is huge.  The dictators that ruled the country for decades have been extremely destructive en rebuilding the country takes a lot of time and effort. But despite everything the people have been through, they continue their lives… They keep hoping for a better life. I’ve filmed students going to their exams at the university for example, and people going to work, streets filled with cars, crowded markets, people getting married, celebrating. People going to  the fair, the zoo, they make music, and so on, and so on. Maybe it’s not as luxurious as it is in Western countries, but these things tend to go step by step. The biggest trouble Iraq has at the moment are the supply of electricity and paving the roads.    I’ve found it very special to work with you, Anne Verhoysen, you always stay young and energetic. You’re open to new experiences and adventures… in the same way you’re open to the reality of Iraq. I found it very sweet when you mentioned to me that if I would get into trouble I should hand over my camera’s and material. You emphasized that my safety was the most important thing. I did the best I could despite the difficult circumstances.