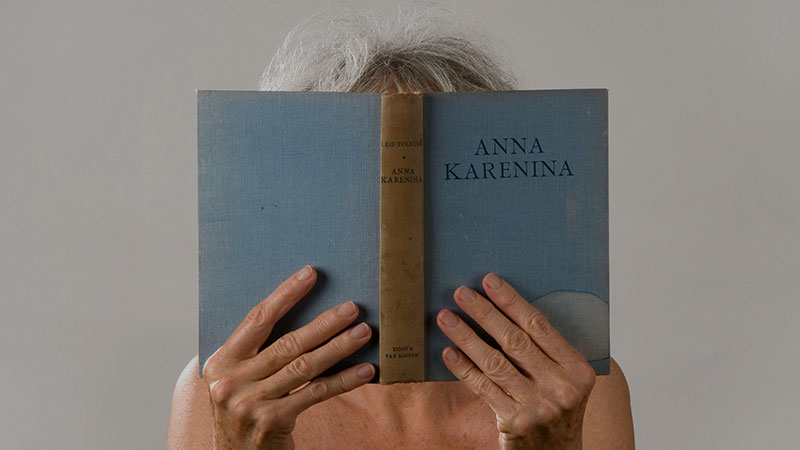 My work consists of long-running projects that are sometimes hard to label. The projects evolve from an idea, a dream, a message or a vision. They always contain an element of ‘doing good’.

Art functions as a mirror to the world around us. So, with my art works I aim to encourage people to reflect on various themes. For example: the division of roles between men and women or the level of truth in survivor stories. I start by telling these stories and challenge others to tell their own stories and to pass them on.

My intention is to provide the viewers and the participants in my projects with a window to other worldviews. My art projects usually involve a high level of interaction with the audience and the greatest value of these projects is what takes place inside the viewers’ / participants’ minds.

Both as an artist and as a person I consider myself to be a disorganiser. By placing seemingly simple things under a magnifying glass the most ordinary becomes the most precious. With this aim in mind the means I use depends on the way I envision the artwork to be. They include, amongst others, video, photography, installations, ceramics and performances.

Anne Verhoijsen is not the kind of artist that sits down at her desk in the studio every morning at nine. Every work she creates finds its origins in a need, an urge, or a question. Her oeuvre is defined by an openness to other cultures, her affinity with fabrics and clothing and a longing for beauty. Following her first world trip, she returned to the Netherlands with a deep understanding of the idea that people differ from each other in numerous ways yet at the same time share a longing for beauty and acknowledgment. From that moment, every work has become a step closer to better understanding the beauty found outside the boundary of our Western standards.
Hanne Hagenaars Art critic and curator.

Tanja Karreman about the work of Anne Verhoijsen

Anne has made an aeroplane

Between my ending and my birth

there lives a small eternity

that hugs and cuddles me.

No time exists elsewhere on earth.

Anne Verhoijsen’s work is a lifelong investigation into inner freedom. That inner freedom, or rather, that inner life, is what drives her – and this drive is fed through dialogue with others. Works of art are moments in that process, testimonies to an expanding network, little chunks of clotted time, gifts for those others. As she herself put it, ‘My work consists of long-running projects that are sometimes hard to label. The projects evolve from an idea, a dream, a message or a vision. They always contain an element of ‘doing good’. Doing good – be it in the role of yoga teacher imparting to others the art of Iyengar yoga, or of the emancipatory striking of a huge gong (a dreamed performance) – there is nothing separating art and life, separating child and artist. Although it was n ot until she turned fifty that she decided to become a professional artist and to study at the Sandberg Institute in Amsterdam, the urge to discover new worlds had always been there.

In recent months, throughout the second Dutch lockdown, Anne Verhoijsen was resident in the European Ceramic Work Centre in Oisterwijk. She experienced this residency as one of the most creative and inspiring periods of her life, and it resulted in her pièce de résistance – a large ceramic aeroplane. The plane was finished one week prior to her departure, and hung on two straps in the large exhibition space, like a boat pulled ashore, awaiting transport. She did not want it on a stand, most definitely not. From a distance everything about it looks like an aeroplane – its stalwart expression and its dimensions according to the ratios of a real aircraft, even the ‘decoration’ that has been applied to the tail – but up close, the subtle aesthetic differences become apparent. Everything seems soft and tactile: the creamy white colour; the nose, round like the muzzle of a killer whale; the dull matte glaze. The tail decoration turns out to be old postage stamps from the artists’ collection from all over the world, which have been fired in the glaze. Her temporary studio is strewn with little aeroplanes – drawn; on stands affixed to the wall; lying like washed-up sea creatures… inspired, transcendent. So too are the little ceramic ladders, the endearing turtles, and a series of little white mountains or puddings, which turn out to be bra cups cast from Marlies Dekkers’ packaging. ‘Well, there were moments when I couldn’t work on the aeroplane and I just made all kinds of things, or I helped other artists.’

Why an aeroplane? Fleetingly one entertains the idea that perhaps she has made a fitting tribute to one of the most powerful objects of the 20th century, a monument for (the end of) an era – the object that took us everywhere, the object that contributed to the pollution of the planet and ultimately to the spread of Covid. With this work of art, Anne Verhoijsen is marking a turning point – after all, travel will forever be seen in a different light. Hopefully we will find new ways to redeem our irrepressible desire for freedom and growth.
But nothing could be less, and more, true…

Anne Verhoijsen grew up in Someren, a village in the province of North Brabant. She recalls an instance when, in a nearby playground, she initiated a conversation with an English family – it was to be the start of a long-lasting exchange of letters with one of the children. That excitement of those first foreign postage stamps on the envelope on the doormat and the sensational feeling that your world was expanding: these lie at the basis of her longing for exotic places, other worlds, and the worlds of others. It was not until 1980 that she embarked on her first journey across the world. Meantime she slaked her thirst by reading books, spending whole afternoons taking cover in the local bookshop. She saved up in order to buy them – books were sacred treasures through which it was already possible for her to travel. In an interview with Mieke van der Weij, Anne explained, ‘Books liberate me from a restrictive environment.’ Libraries and bookshops were like temples, providing access to an inner world. Growing up in the relative isolation of the village produced in her a longing for the other, for discovery, in a way that is reminiscent of a passage from the book My Dear Favourite by Marieke Lucas Rijneveld:

I saw how quickly you tired of the game, gazing into the distance, beyond the shining heads of lettuce in the vegetable patch and the greenhouse plants, hungry for a life that lay waiting for you beyond The Village, you wanted to be gone from here, as most of the girls and boys of your age wished, to eventually leave the home front, some became soldiers, joining the army, only to feel homesick for the camouflage of The Village and return, but you were certain that you would never be troubled by melancholy, everything you owned was to be found in your head…

Even the books… Everything in fact – her life and her work – is contained in her work Travelling Companions (Reisgenoten). In 2011 Verhoijsen produced a book embracing all the books which had been important to her in the different periods of her life preceding her fiftieth birthday, and supplemented with a poem written especially for her by poet Leo Vroman. Across each double page spread we see the cover of an opened book held by two hands. The book prevents us viewing the face behind it: the book becomes the face, the bare torso carries it. In chronological order a portrait of an era unfolds, which reveals to us a picture of Anne Verhoijsen’s fascinations – titles such as The Big Book of Fairy Tales; Annelies Goes to Rotterdam; White Feather; Ellen at Ballet; My Life; The Deeps of Deliverance; The Drama of the Gifted Child; Memories, Dreams, Reflections; Anna Karenina; Alberto Giacometti Drawings… Lets Take Back Our Space.

The last-named book – which has the subtitle “Female” and “Male” Body Language as a Result of Patriarchal Structures, and was written in 1979 by Marianne Wex – proves to be the key to a better understanding of Anne’s motive for making an aeroplane. Aeroplane as symbol for freedom; aeroplane as metaphor for global connectivity and equality; aeroplane as a symbol for the spread of Covid; aeroplane as symbol of exploration and travel. But, above all, aeroplane as a symbol of masculinity. ‘I’m am seventy now, and in this creative lockdown I have managed to appropriate something that was alien to me. By doing this I have transcended myself, liberated myself, just like by striking the gong. My world has expanded again, because I, Anne, made an aeroplane!’

Anne herself makes the comparison with Louise Bourgois’ iconic, hugely over-sized, true-to-life penis (Fillette, 1967), which hangs on a kind of enormous fish-hook that pierces the glans. Whereas Louise Bourgois undermines the superiority of the masculine and shows its vulnerability, as realistically as possible, Anne Verhoijsen’s aeroplane is a presentation of inner freedom and imagination as achievable goods available to everyone: life as an eternity of new discoveries. ‘I do plan to fly again. It will be complicated – my carbon footprint, CO2, Covid, my ageing father – but I do really want to see Japan.’
Nothing human is alien to Anne.